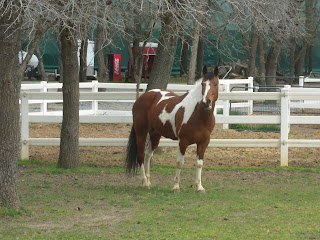 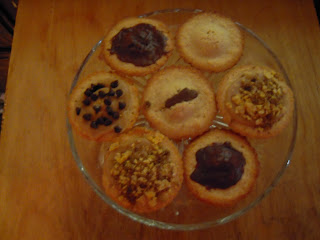 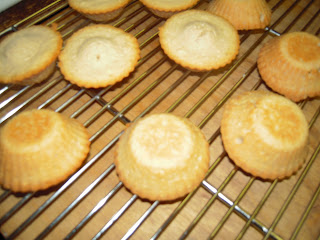 It finally happened.  Starting one recipe in Rose's Heavenly Cakes and finishing with ingredients from another.  If you've seen Rachael's English Trifle on Friends, you'll understand.  If not for my daughter asking "Mind if I have a look at the recipe?", heaven only knows what sort of Ingots would have emerged from the oven.  Come to think of it, Heavenly Only Knows would be a more fitting name for this blog!

Luckily for me the ingredients in both recipes were similar.  The toasted almonds were recalculated, as was the powdered sugar and flour. The next bit of confusion involved adding beurre noisette.  Drizzle and whip intermittently for five minutes or drizzle, then whip for five minutes?  Tired, late and irritated, I poured the whole lot in and decided to live dangerously.

Tired because I pulled weeds for two days.  Spring has brought forth weeds in abundance.  Late because we spent the afternoon at the barn playing with the horses.  Irritated because, well........Really, I've offered before and I'll offer again to be a test subject for Rose's next book.  Any day I expect a knock at the door only to find Woody and Hector demanding I turn over my copy of Heavenly Cakes with a Cease and Desist Order swearing never to bake anything from Rose's books again.

Oops, missed that part.  I could also have sworn it said blanched almonds.

And the debate began when exactly the batter is supposed to be refrigerated.  Since I could not find proper Financier Molds and opted to use a long forgotten Nordic Ware mini tart pan, the first batch went in unrefrigerated, the second refrigerated.  The refrigerated dough was much easier to handle but did not seem to make any difference in texture or crumb.

The peanut flavor is understated.  I left some plain, added a sweetened peanut butter drizzle pelted with leftover mini chocolate chips on others, sprinkled muscavado with crushed cornflakes on a few and Lindt chocolate on the rest. The flavor seems stronger after sitting overnight.  I'm quite curious as to the flavor of a traditional financier and will make some if I ever find the molds.  Neither William Sonoma, Sur La Table or the cake decorating supply store knew what financiers were or that they required a mold. Loads of curious questions, though.

Eldest granddaughter has bestowed the ultimate endorsement for Peanut Butter Ingots:
"Grandma, you could sell these to Starbucks."
Posted by Vicki at 9:54 AM