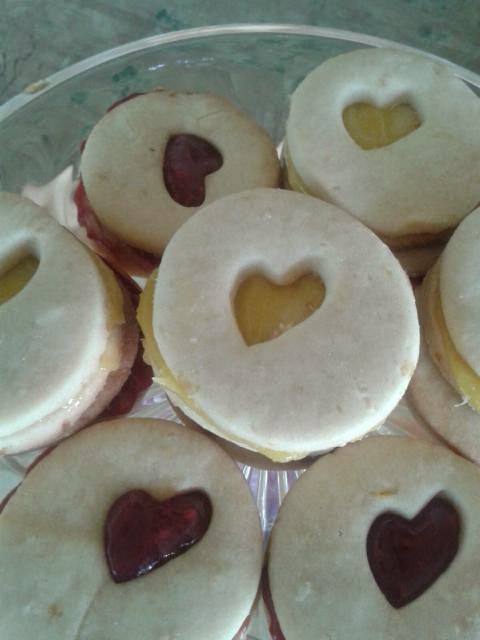 Cookies have long been treasured in my family.  We always want a little something with our cup of tea.  Simple or fancy, doesn't matter. 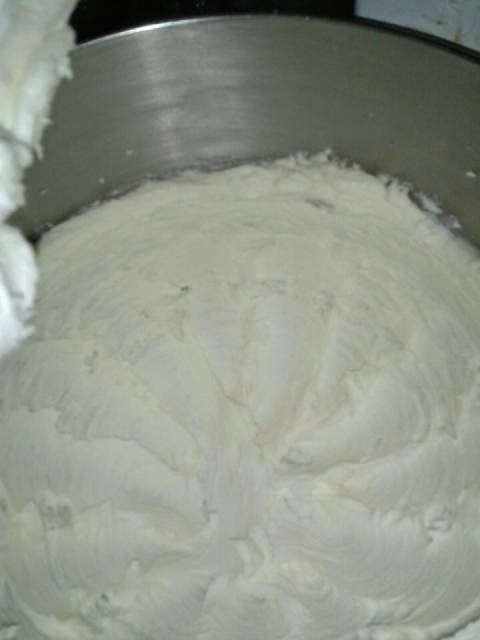 There rarely was a day after school that a homemade cookie wasn't waiting for me. If I were to guess, cookies were probably the first thing I was allowed to bake on my own.

So I wondered, while stirring up Lemon Curd, why we cookie lovers haven't banded together and baked our way through Rose's Christmas Cookies?  Something to look forward to one day. 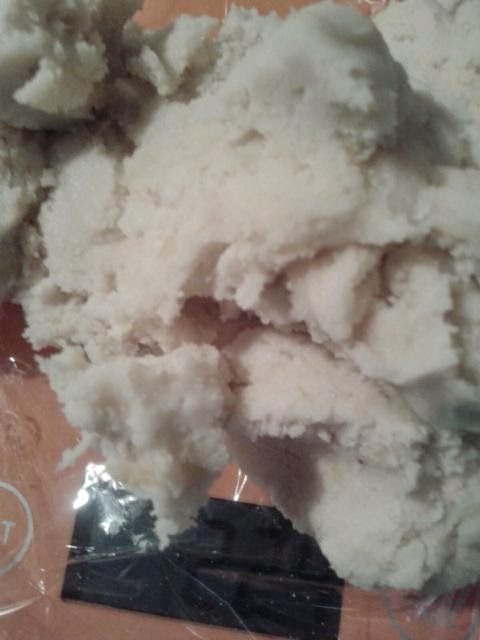 These Lemon Jammies couldn't have been simpler to make.  The most arduous task was zesting lemons, and that isn't really arduous at all. 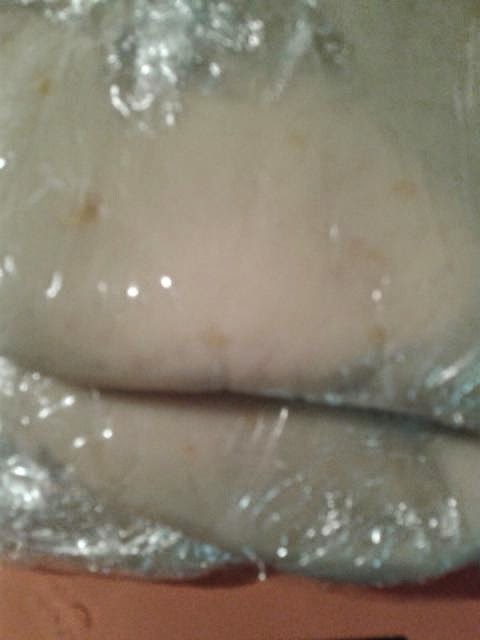 Dough wrapped for a rest in the frig

Earlier in the morning I made a batch of lemon curd with two lone Meyer lemons waiting to be turned into something special.  I had to laugh when I remembered  the first time making Rose's lemon curd.
Is it going to curdle?
Is this the puddle stage?
How much longer must I stand and stir?
Oh no,  steam!

Rose's lemon curd has turned out beautifully every single time.  Now it is my favorite thing to make. 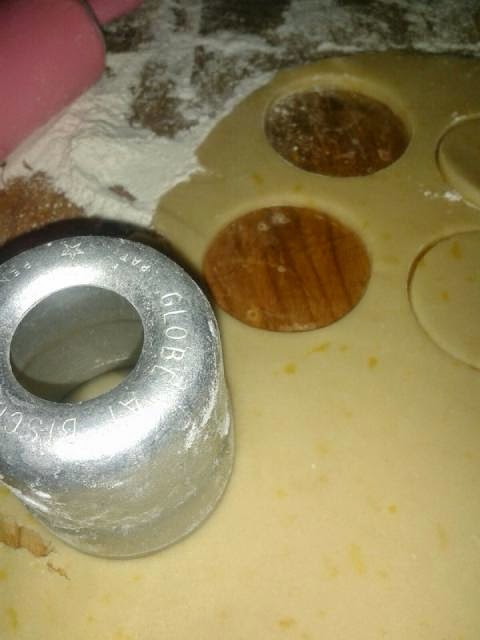 Time for rolling and cutting out the chilled dough with a biscuit cutter and lopsided heart cookie punch. I swear there's no leftover Vodka in these cookies. 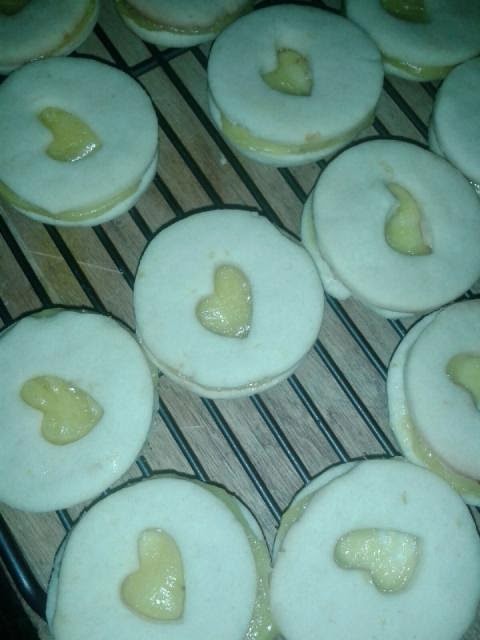 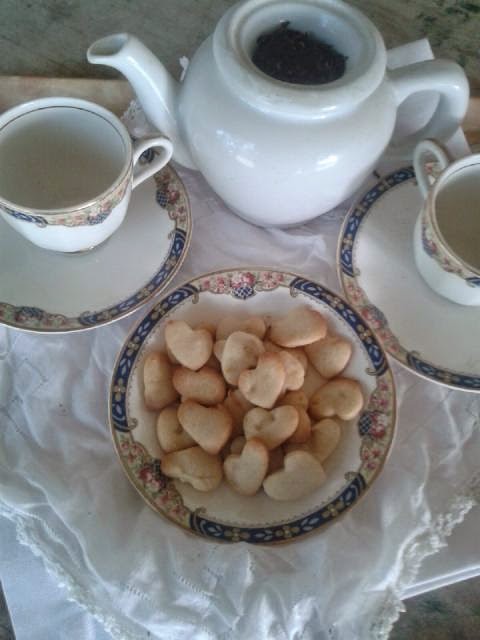 And the little cut outs are the perfect size for a dolly tea party.

recipe in The Baking Bible by Rose Levy Berenbaum 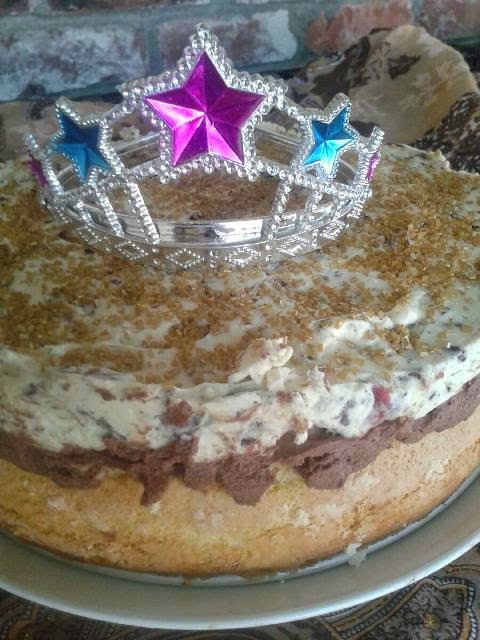 Thus
The Polish Princess
makes her much anticipated debut amongst the commoners and loyal subjects.
And possibly cardiologists.

1485 mg of cholesterol resides in the palace
Nay,
52 mg of healthy fat in the walnuts
Everyone knows the antioxidant  benefits of dark chocolate cancels out saturated fat grams
So there you go!.

I fear The Princess tried my patience sorely with Her endless demands..
If not for Faithy's instructions and Raymond's early post,
I would have fled the kingdom.

This was not a complicated cake to make, per se, it was just
never ending.
I started to hear a lot of cursing.
Oh, wait,  that was me.
When I pulled out the last half inch of parchment paper in the box,
there may have been a complete meltdown.
Fourth trip to the store.
Does anyone remember the bee sting scene in Ever After?

But it was the walnuts that put me over the edge.  Toasting is one thing, but rubbing the skins off
is truly annoying.  Then it came to me in a flash, why not give them a
a damn good thrashing ? 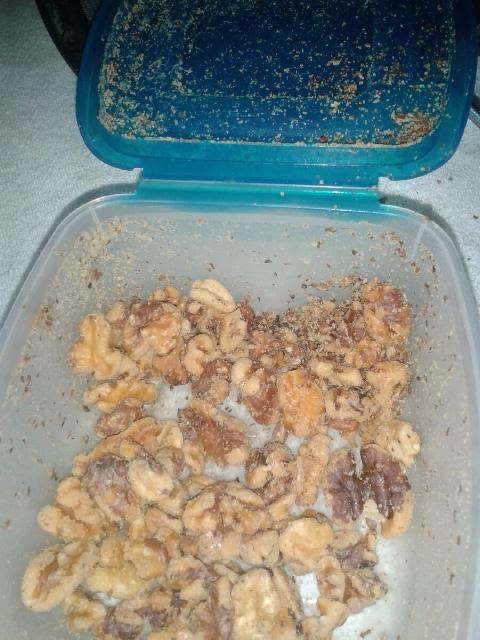 Popped into a plastic box and relentlessly shaken, the skins nearly all came off just like garlic. Made a terrible mess sifting the skins in a wire mesh strainer, but at this point what's another thing to wash in the growing mountain of dishes?

Principessa is one high maintenance lady.
The scullery maid was no where to be found.

It's rather a blur but I do remember adding lemon oil to the Vodka tea syrup in addition to the lemon juice.
Alas,   back in 1917 Poyotr Smirnov fled Moscow during the October Revolution.  Eventually making his way to Lwow ( formerly Poland) before having to flee once again..  So it seemed reasonable to use Smirnoff Triple Distilled Vodka.
Plus my brother had an opened bottle at the back of a cupboard. 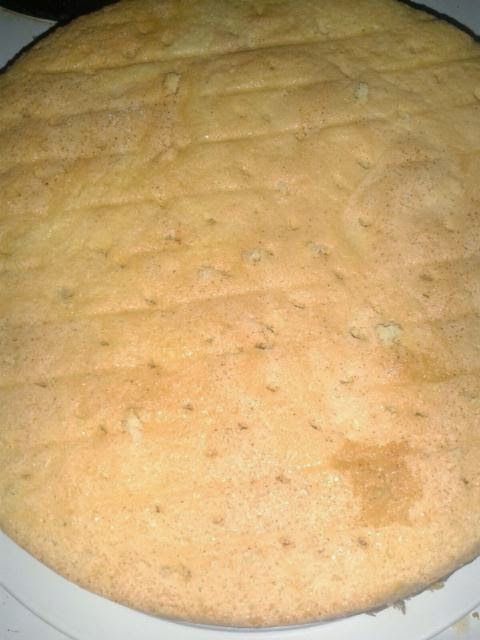 Poking the cake with a shish kabob skewer was great fun.
That cake batter was a true test of faith in Rose.

I gave up brushing all the syrup over the cake.  It was turning gummy.

So onto a cocoa powder explosion and the cook nearly lost her head.
Once mixed into the buttery custard cream all was forgiven.
And she got to keep her head. 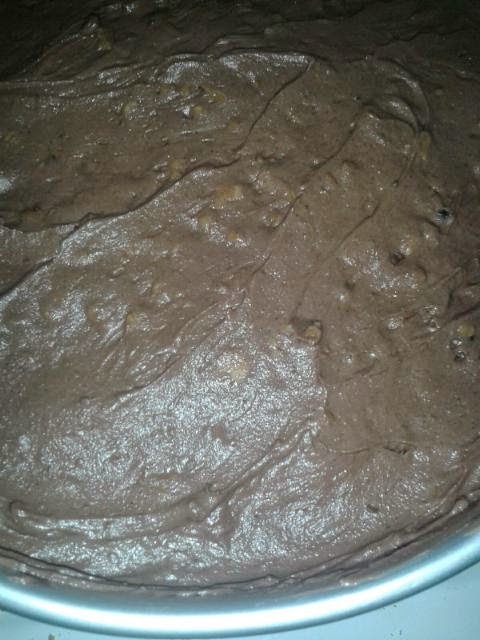 The Princess's crown jewels were hidden within the second layer of
custard cream. 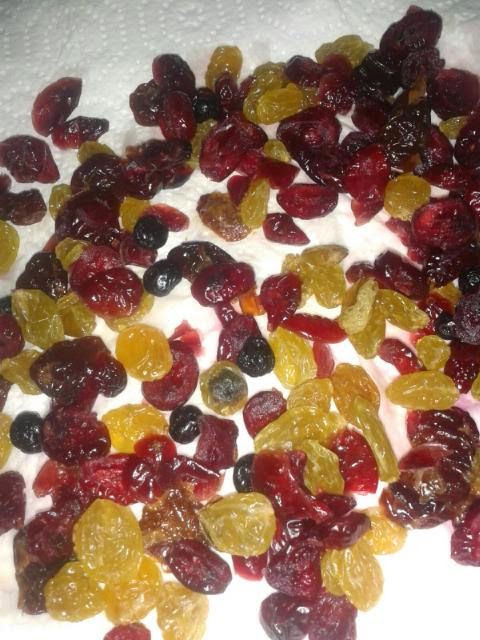 No one is the wiser golden raisins lurk within
blueberries, cranberries and cherries. 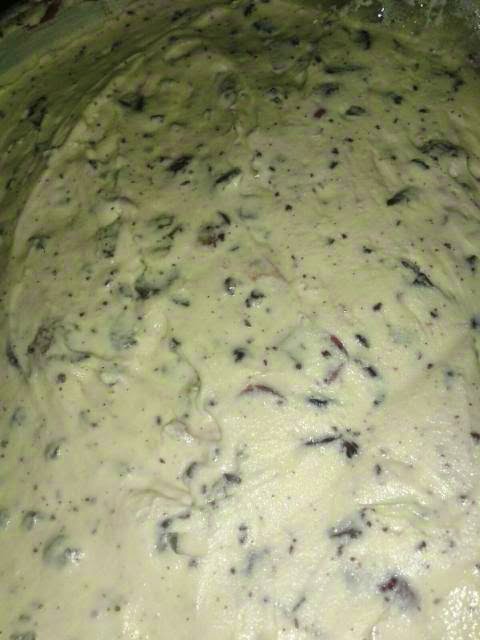 And she slept for the night in a grand four poster.

Or maybe I dreamt  I slept in a grand four poster bed. 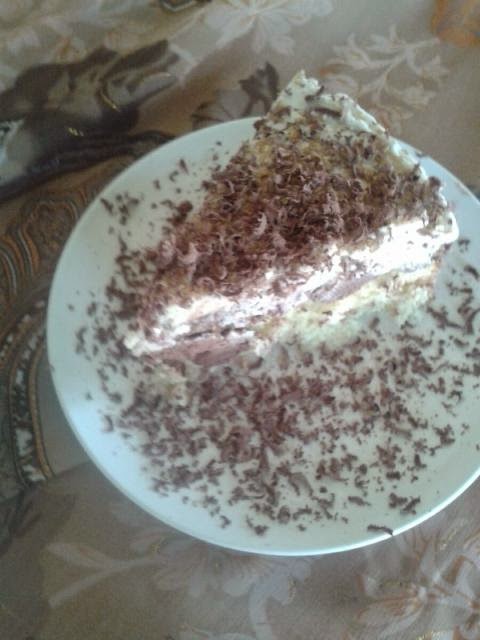 Today is another day.
With a sprinkling of gold sugar over
Principessa
and a grating of chocolate
she is quite delectable.

Now I must be off.
The royal Fitbit has decreed I shall be walking to Utah.
Be back in time for the Lemon Jammies.

The Princess has one last Royal Decree~ 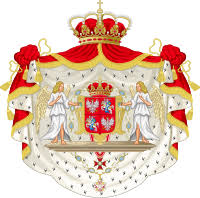 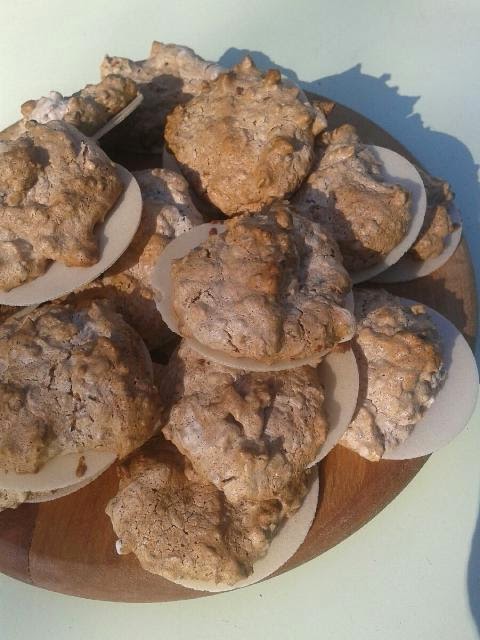 Dattelkonfekt cookies have to be the easiest of all Rose's recipes.
They are far easier to make than pronounce!

But these are not like jiggly wiggly meringue on top of lemon meringue pie.

Even my mom detested meringue and substituted a sweetened sour cream topping from her cheesecake recipe after Marie Callenders added it to their menu.

So count me a teeny bit skeptical. 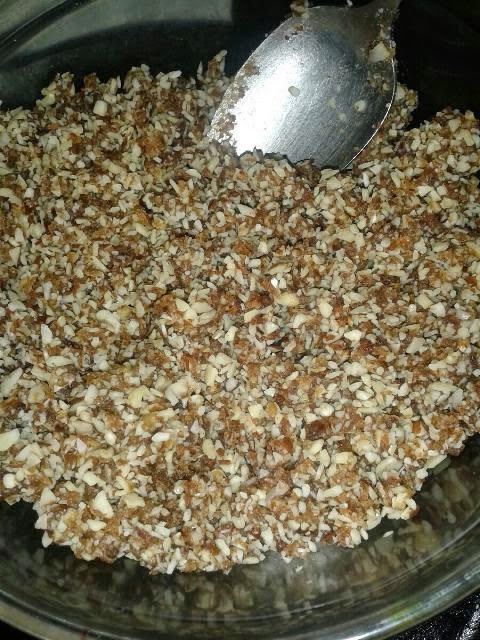 Dates and almonds are pulverized separately, then together. 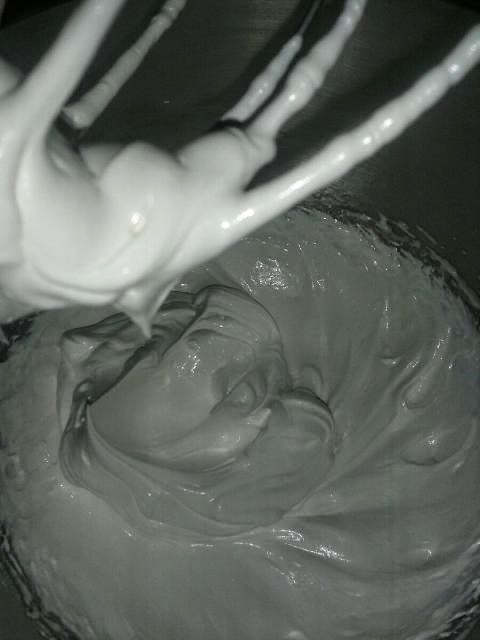 Egg whites, vanilla and sugar are whipped until ultra thick.
The date and almond mixture is then tipped in and combined. 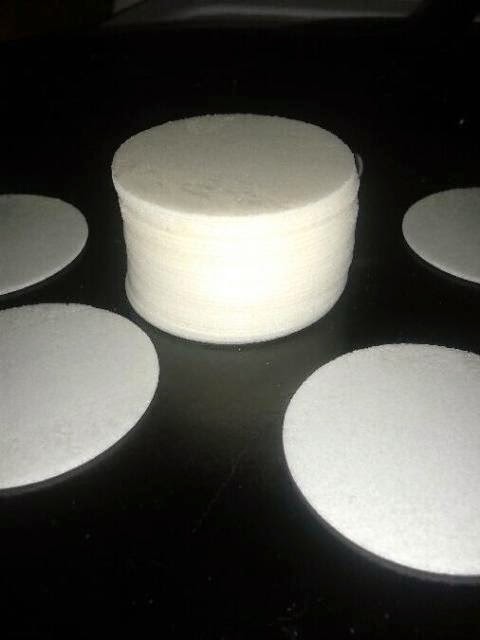 Get out the Back-Oblaten wafers and deal them
round the cookie sheet.
Fill a pastry bag or use teaspoons to drop the dough onto the wafers.
Pastry bag is the better option for neatness and aesthetics.
Drop method makes for interesting shapes.
Not quite certain what purpose the wafers serve unless to prevent sticking.

A few drops of orange oil added to the last of the batter really upped the flavor. Let them cool.
Enjoy!
This recipe could easily adapt to different flavors and additions.
Mini chocolate chips come to mind. And pistachios.
I even think they could come very close to the many flavors of  my favorite
Larabar by substituting cashews. .
Plus the sky's the limit on flavored oils!
~~~ 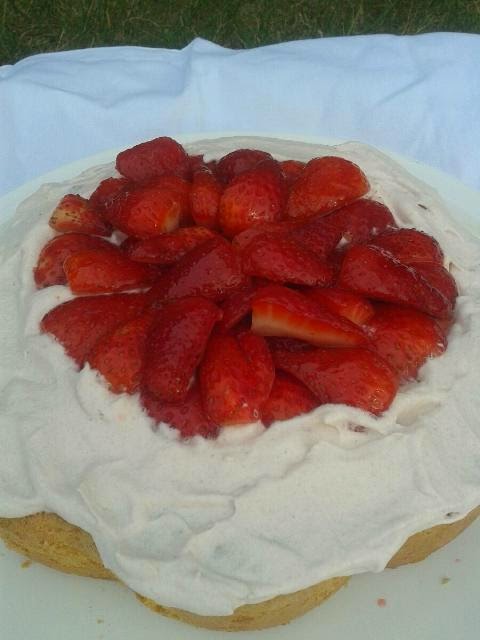 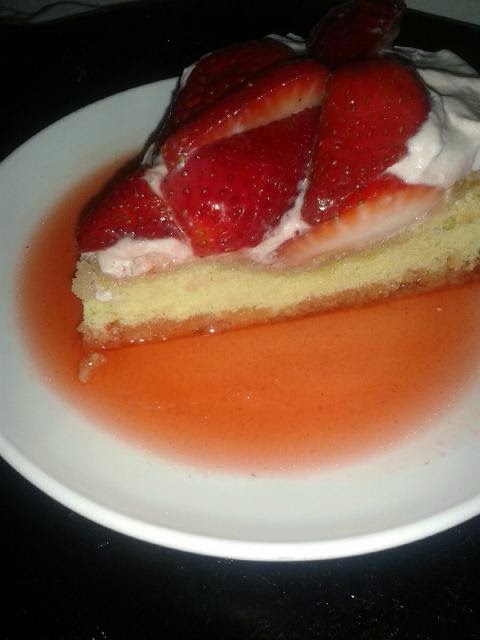 This recipe wore me out because I was already worn out.  Might be the dawning of  The Age of Aquarius, or holiday.   But it's done and it's good even if I just now discovered the smashed strawberries that were supposed to be turned into puree sitting in the refrigerator.  Oh, well,  they weren't missed and good for  yogurt!  I will say this, the genoise turned out okay and that's always half the battle for me.  The left over strawberry syrup made it even better poured on the plate. 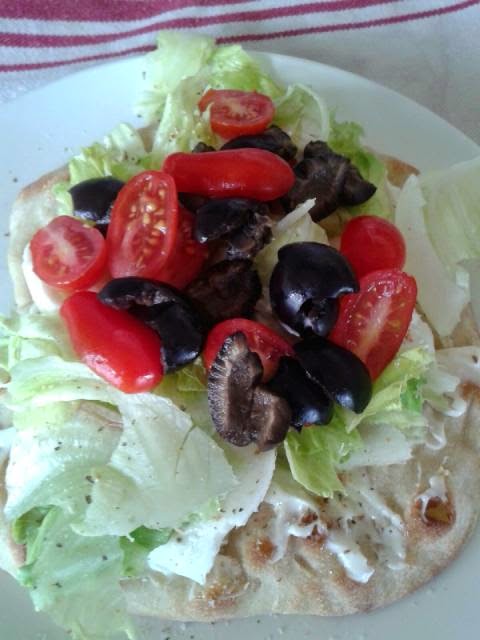 Well.  Not quite pita bread.  Not quite naan.  More like an environmentally correct hybrid.
And it's tasty, too!  Especially topped with mozzarella, lettuce, tomatoes and olives.

The dough was ridiculously easy to mix up. 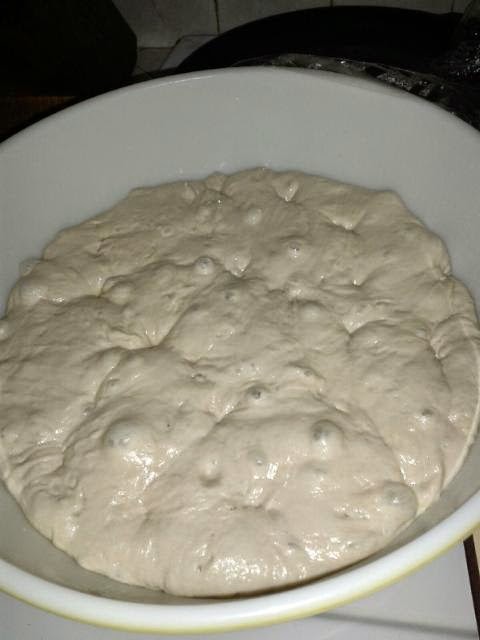 After a two day slumber in the frig, it was time to buck up and roll out the pitas.
That part was easy.  Getting it to puff up during baking was not. 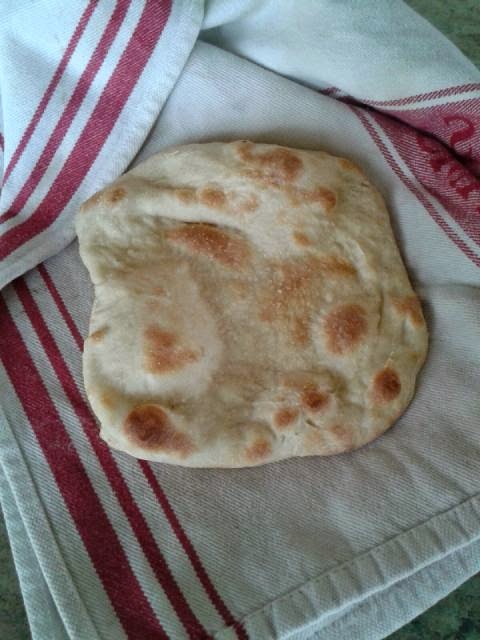 A big bubble here and there.

But the flavor!  Straight out of the oven, brushed with butter and sprinkled with Trader Joe's  garlic and parsley sea salt,  it is amazing.

If I ever master the puffing part, I can see throwing a pita party with a buffet of different toppings.  It would be like a magic act!

~
The Bread Bible by Rose Levy Beranbaum is still in print and available for purchase..