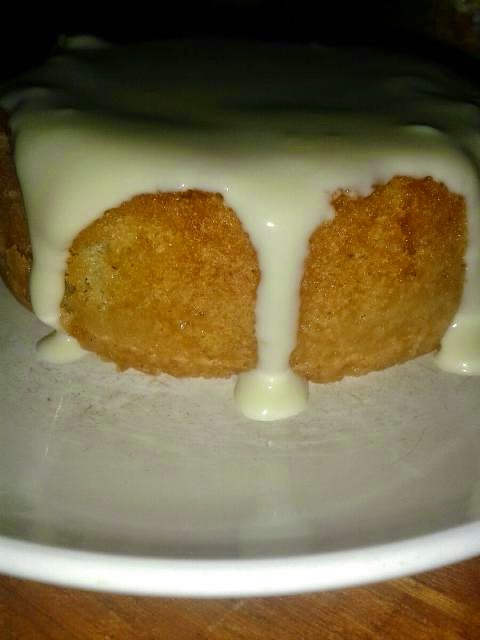 This week the Alpha Bakers made Lemon Posset Shortcakes, which are genoise cakes with a  creamy Meyer lemon topping.  And since forever, I have had horrible luck with genoise.

So it was not with excitement that I began The Bake this week. Still, how can anyone be cranky when these beauties are in season? 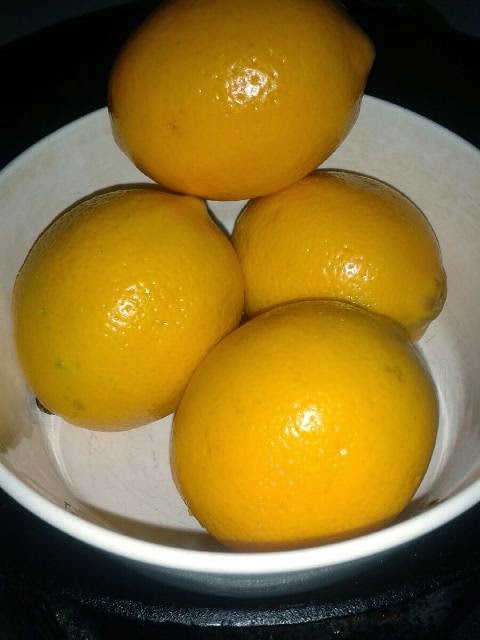 Meyer lemons are a cross between a lemon and common orange or mandarin. Grown in pots as ornamental trees in China, they were brought to the United States in 1908 by Frank Meyer during a trip with the United States Department of Agriculture.

But it was Alice Walters and Martha Stewart who popularized the lovely, mild lemons in the late 1990's.  For being such delicate things, they are a hearty tree that yields fruit within four years after planted from seed.  They are capable of producing thousands of lemons.  I know one thing, they have vicious spikes to protect their fruit.

Years ago we transplanted a Meyer lemon tree from a lady who was determined to chop it down.  Nothing could persuade her otherwise, not even a batch of Rose's lemon curd, which she loved.  The neighbor agreed to let us move it next door to my mother in law's former home.  It lost its leaves and a harsh below freezing cold snap threatened its very existence.  And then it burst into bloom.  It was truly one of the most amazing things I have ever seen.  The scent was glorious.

They can even be grown indoors.

Ramekins for the genoise sponge cakes which worked well.  They turned out easily. 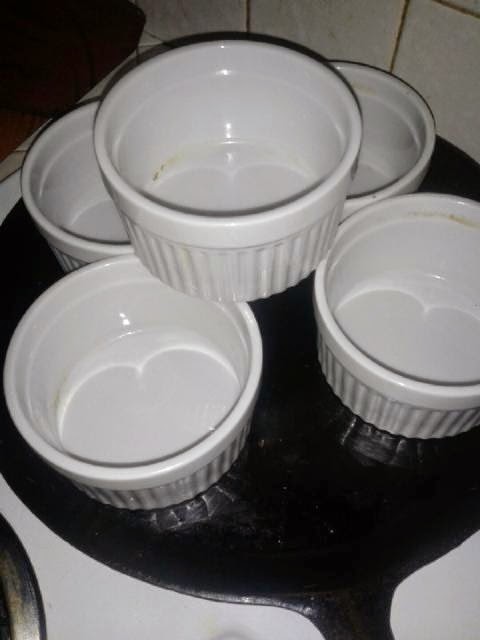 Unexpected surprise!  This time they didn't have any flour balls and rose to a good height. Out of Baker's spray, I used coconut spray oil and dusted with the Wondra flour. 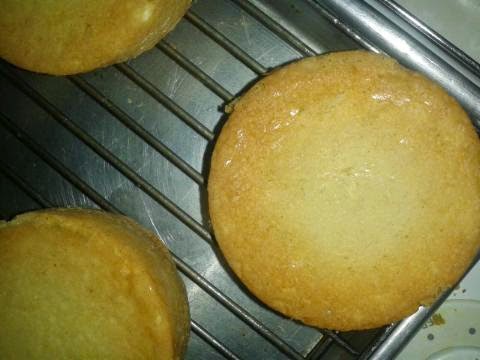 Once cooled,  a very sharp knife easily cut out the tops to hold the cream, thanks to Monica's posting on Facebook.  I missed seeing that bit in the book.  This is what is incredibly helpful about the Alpha Bakers FB page; helping to avert disaster.. 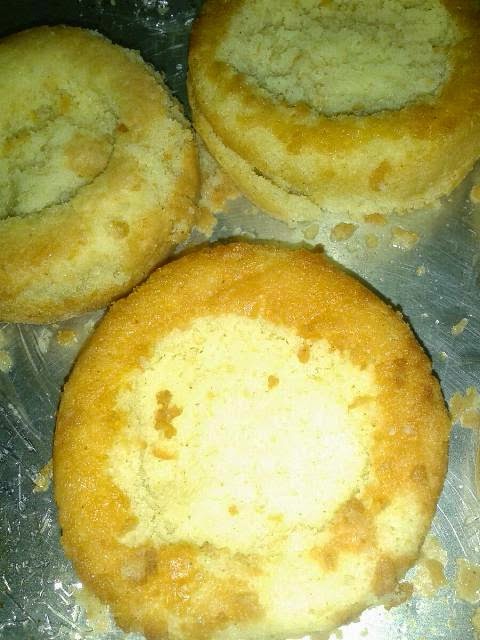 Brushed with lemon syrup and then sealed with apple jelly, they were ready for the Lemon Posset which had been chilling in the refrigerator, separating into two layers. 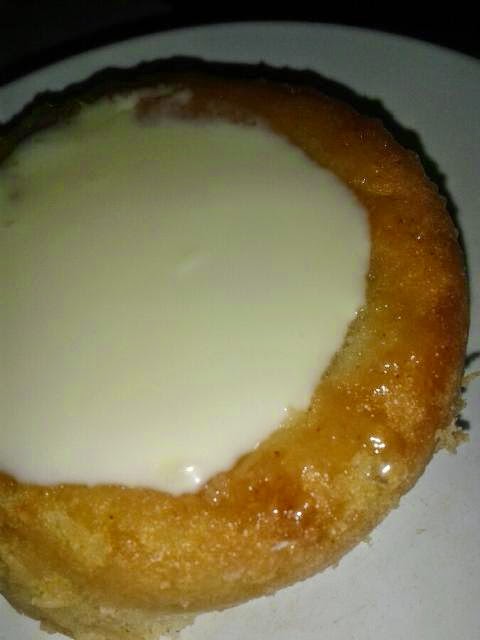 The l-o-n-g wait was finally over.  Well, it wasn't really because they were supposed to set in the frig between the first layering of the thicker Posset and the second layer of the thinner Posset, but I missed that part, too.  I also missed the instruction not to use the watery Posset at the very bottom of the dish and happily spooned it over the top and down the sides. The presentation wasn't as professional looking but it didn't matter.  They tasted like an upscale Twinkie with the most amazing exquisite lemon cream.  This is definitely on the Make Again list but next time, no fiddling about with individual ramekins.  Too many requests for seconds!

Happy Birthday to me! 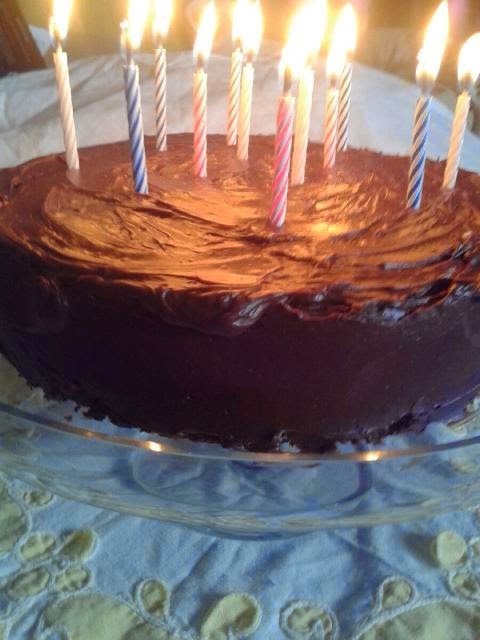 Rose's Alpha Bakers are baking the delicious Chocolate Pavarotti cake with Wicked Good Ganache, which is her tribute to the great tenor, Luciano Pavarotti.  I went in search of Pavarotti singing Happy Birthday to hear what a tenor who can reach the E above high C sounds like.  No clue what E or high C is but if Rose is impressed, it must be spectacular

I found many people singing Happy Birthday to Pavarotti but not he himself singing the jingle.  I did find a nice surprise; Pavarotti singing one of my all time favorite songs, Volare .. I was just a little kid when Dean Martin came on the radio with this catchy tune and instantly loved it.  Volare means "to fly" in Italian.  I think that is what all great tenors do, they open the soul to depths that daily life makes us forget.

Pavarotti would have loved this cake. 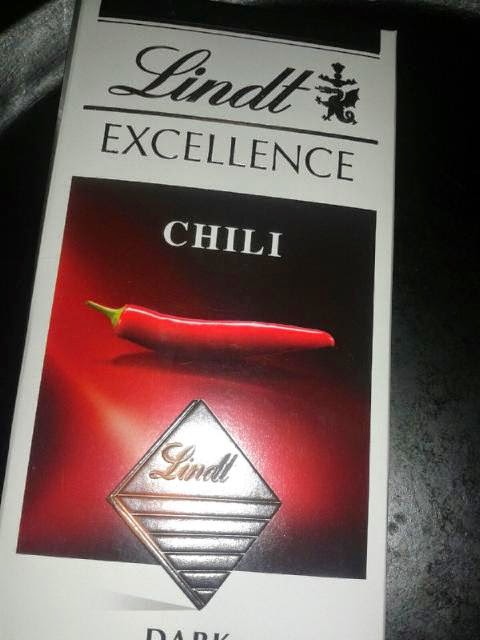 A fairly simple chocolate cake covered in ganache with chili for something extra, it did not disappoint.  Out of complete curiosity I tried Lindt dark chocolate with chili for the two part ganache.  First corn syrup is brought to the boil, then mixed with unsweetened chocolate.  After pulverizing the chili chocolate,  simmered cream was added and then the corn syrup/chocolate mixture plus a smidgeon of cayenne pepper.  Not quite certain why it is then strained through a fine wire mesh except to give me something else to lick wash.  Left to cool, it turns into a smooth ganache with just a hint of heat to accentuate the chocolate. 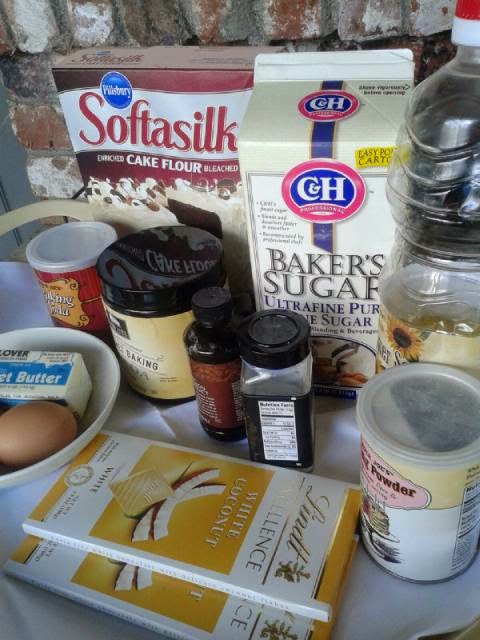 Forget the baking soda, that's not in the recipe.

The cake batter was easy peasy to put together.  The divine Lindt white coconut chocolate sat patiently in the cupboard so that's what I used.  Melted, cooled and stirred into the ingredients a fluffy batter soon appeared.
The only thing which caused me confusion were the directions on a new Fat Daddio 9x2 inch pan to lower the temperature and shorten the baking time.  Lots of testing with a toothpick and it finally came out of the oven nice and high.  Once again the most difficult thing about a Baking Bible recipe was waiting for it to cool. 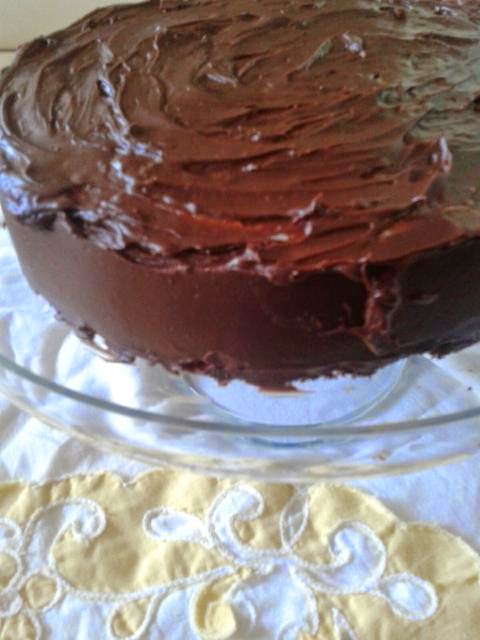 And Voila!  One wicked birthday cake. 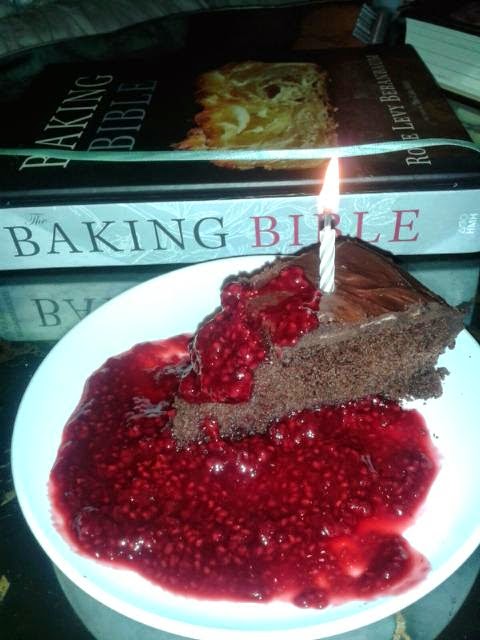