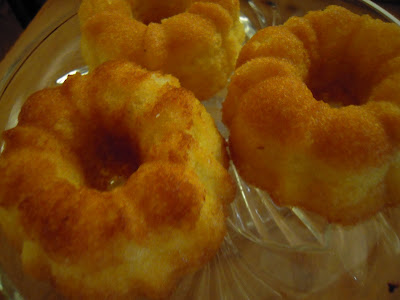 Genoise Rose, a simple cake with spectacular possibilities.  Rose presents a classic genoise dressed only in a flavored sugar syrup.  A well made genoise is the equivalent of a basic black dress.  Dress it up or dress it down.

Rose enhances the melted butter in a standard genoise by taking it a step further with buerre noisette.  This go around was the best batch I've turned out.  Want to know the secret?  I fell asleep.  Being asleep I didn't fuss with it and lo and behold, I awoke to a nutty golden brown pan of buerre noisette.

Genoise has vexed me on more than one occasion.  Following a tip on youtube, I poured the fluffy beaten eggs into a glass bowl before folding in the flour.  Doing this allowed a better view for making certain the flour was folded in completely. 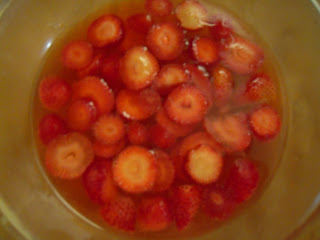 After the mini bunt and cupcakes cooled, I brushed the Triple Sec syrup on the cakes.  Strawberries sounded good in the soaring temperature but sadly lacked flavor.  Spying the leftover syrup, they seemed destined for it.  Macerating overnight and then pureed, they made quite a lovely sauce.  Dolloped with Grand Marnier whipped cream, this cake was perfect for the sizzling summer heat wave. 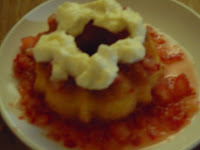 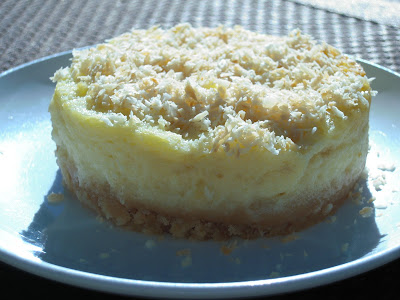 Rose introduces her Coconut Cheesecake with the rhetorical question, "If you like coconut and you like cheesecake..."  The answer is YES on both counts.  This recipe alone makes her newest book "Rose's Heavenly Cakes", a gem.

My husband, on the other hand, is coconut phobic.  Detests coconut.  Abhors coconut.  As much as beets.
Which is to say, a lot.  So when he asked if I would make a pineapple upside down cake for Father's Day, I nonchalantly replied that cheesecake was next up for the Heavenly Cake Bakers.   Luckily, he likes cheesecake.

I may have forgotten to mention it was a coconut cheesecake.  I may have orchestrated the assembling of said cheesecake like a covert operation.  I may, or may not, have outright lied when asked "Is that bag of coconut I saw somewhere in this kitchen going into that cheesecake?"  Spouses are protected by law from testifying against each other, are they not?
Coconut haters seem to fall into two camps; those that hate everything about it and those that object to the texture.  He falls into the latter.  The delectable vanilla wafer crust called for coconut.  Guilt set in so I made two versions, one with coconut and one without, even though I was fairly certain I could get away with it after pulverizing the coconut in the mini Cuisinart.

Spooned into ramekins, they baked nicely in a water bath.  I am always particularly pleased to evade a trip to the ER when executing a bain marie. 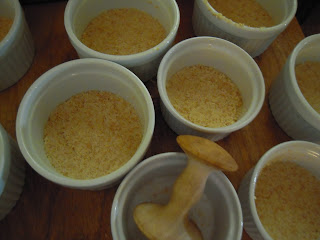 Toasted coconut was sprinkled on some and Miss Thompson's Dark Chocolate frosting drizzled on others in the spirit of Almond Joy candy bars.  The majority of the lot are heading out the door tomorrow because I could happily eat cheesecake morning, noon and night.

His verdict, "These are too good to be believed!"  I am not so certain his cardiologist would agree.  Then again, coconut does have certain health benefits which must outweigh the effects of sour cream and cream cheese.  Ya, that is why I poured coconut cream into the batter.  That's my story and I'm sticking to it.

But the really funny outcome is my husband's realization that he likes coconut flavor as well as, toasted coconut.  So this lifelong coconut aversion has been reduced to only raw coconut, if it is detectable, and not masked under something delectable like vanilla wafer cookie crust.  The same thing happened with other fervently avowed coconut detesters. 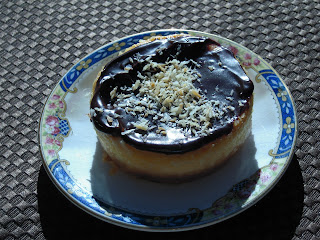 My daughter humored me with the following office update-

Fabian:  “Please tell your mom that this is the best dessert I’ve ever had”

Paul:  “This is great!”
Nikki:  “And I don’t even like coconut”
Max:  “Absolutely fabulous”
I walked into the breakroom and there were 10 people eating out of ramekins
Posted by Vicki at 6:07 PM 11 comments:

Check it out for mixing egg whites while the mixer is otherwise occupied.
Posted by Vicki at 11:56 AM 1 comment: 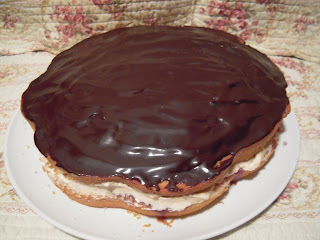 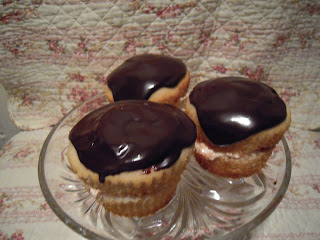 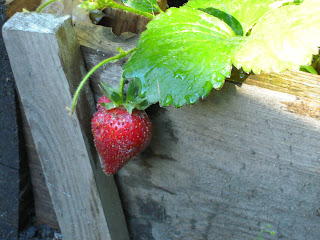 This is the Chocolate Covered Strawberry Cake from Rose's Heavenly Cakes made into a single layer and eight large cupcakes.  The white chocolate cake is filled with strawberry mousseline and strawberry butter then topped with a dark chocolate glaze frosting.  These three flavors complement each other nicely.  I used Lindt White Chocolate with coconut which added an extra playful element.  I very much would like to say the strawberry butter was whipped up with strawberries from my little backyard patch, however this is the one lone berry.

The cupcakes were sent out the door.  Much too tempting! 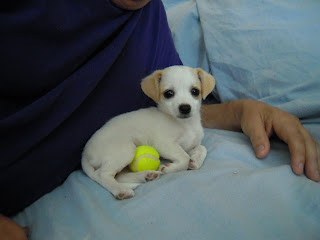 I've been tempted enough this week.  Meet Daisy, an eight week old Chihuahua.  She is for my eldest granddaughter who patiently, and not so patiently, waited five years for her very own puppy. 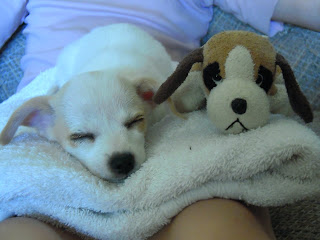 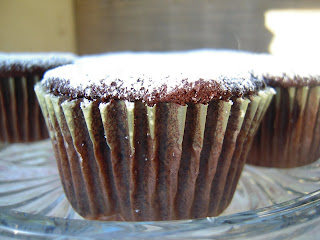 Chocolate Butter Cupcakes warm from the oven are lighter than air.  If clouds could be made of Valrohna chocolate, this would be it. This recipe from Rose's Heavenly Cakes is definitely celestial.

The cake has a moist, delicate texture. Trying to outsmart my baking pans, I have taken to removing baked goods a smidgen under baked and turning them out of the pans ASAP.  It has helped enormously.  The extra cupcake batter went into an aluminum mini cake pan.  It took quite a while to bake but turned out nicely.

Everyone preferred these dusted simply with powdered sugar. I, however, couldn't help dabbling in buttercream and mixed up an espresso version with creme fraiche.  It was light enough not to compete with the cake. 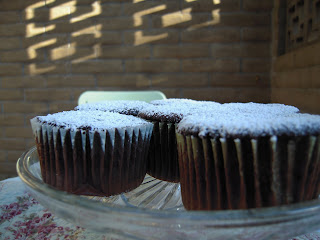