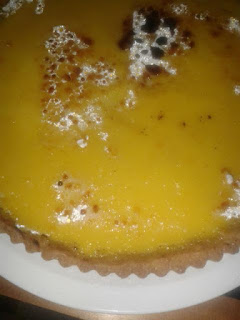 This might be my favorite recipe so far from
The Baking Bible.

I loved everything about it.
Everyone who scored a slice of this tart
loved it.
Including kids.

First thing on the agenda was
ordering a torch.   I've been
more than leery of these incendiary devices,
but it was time to face the fire.

The sweet cookie crust was super easy;
butter, flour, salt, turbinado sugar, egg yolk and cream.
.
I skipped the baggy step and poured it into
a bowl, using the back of a large spoon
smooshing it together,
a la
Knitty Baker Jenn's renegade method.

After a rest in the frig,  the dough was pressed
into the tart pan rather
than rolling it out.
I saw this on a video and decided
to give it a go.
It was so much fun that middle granddaughter
turned the leftover dough into two
mini pies the same way. 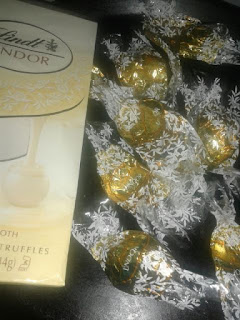 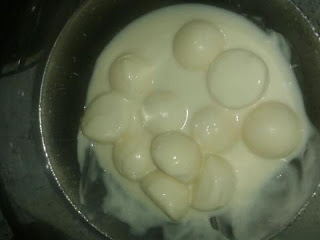 Eleven truffles melted and one for moi. 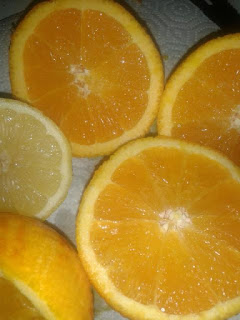 The filling couldn't have been easier to mix up.
First orange and lemon zest are pulverized
with sugar.
Heavenly fragrance, that.

The orange and lemon juice are reduced and cooled

This is added to lots and lots of egg yolks,
sugar mixture, heavy cream and Grand Marnier,

I did add a bit of orange oil.

My size mixer doesn't have a splash guard
but it wasn't necessary.
I didn't get splashed.

Popped into the oven and baked, the hardest part
was letting it cool and set.
This is a frequent hazard of TBB recipes,
but it was very late and  the tart was tucked
overnight in the frig. 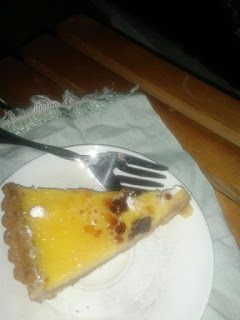 The next morning
the condensation was blotted with paper towels
and the tart liberally covered with powdered sugar.
Even though it was dry, it started melting quickly.
Maybe next time it should be at room temperature?

Time to ignite the torch,
except I never got the chance.
Let's just say the male species in my sphere
took it upon themselves to have a go
caramelizing the tart.
And they did not take turns willingly.
New Toy....

Even the overly dark torched sugar spots
were incredibly tasty.

This recipe is definitely on the make again many times list.
~~~~~~